“The world is dying and passing away, which proves its ‘insubstantiality’. But in Christ the world is rising from death and ascending to the Father, since God loves it. What looks like ‘insubstantiality‘ is really the fact that God’s act of creation is only half completed (from our point of view, in time). In faith we see that it has an eternal destiny in God, whose otherwise unknowable interior has been revealed to us in the love of the Father, Son and Holy Spirit.”

BRIEF CURRICULA VITAE OF THE MEMBERS OF THE

LAUDATO SI’ INSTITUTE FOR THE CARE OF CREATION 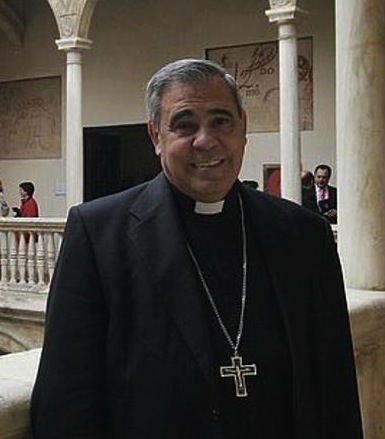 Archbishop Javier was born in Madrid on December 20th, 1947, of parents from Asturias. He entered the Seminary of Madrid in 1959 and was ordained a priest on April 3rd, 1972. He received his licentiate in Biblical Theology from the Pontifical University of Comillas in 1973. Shortly thereafter he received a grant from the Superior Council of Scientific Investigation to study the theme: “The Son of Man. A Contribution to the Study of the Aramaic Substrate of the Gospels” (1975-77). Then, after a semester in Germany (Sankt Georgen, Frankfurt), he spent a year at the French Biblical School in Jerusalem (1978-79). Finally he would study Semitic Philology at the Catholic University of America in Washington DC, where he remained from the summer of 1979 until 1985. There he specialized in Syrian language and literature. There he served as an adjunct professor to the chair of Syrian and received a doctorate with a thesis about Christian conceptions of the end times in the Middle East during the appearance of Islam.

During these years he never ceased working pastorally, especially with the youth. In 1975, along with other young priests, he established summer campos for youth in the “Picos de Europa” National Park and summer courses for the formation of youth in Avila. He also created, with these priests, the cultural association “Nueva Tierra,” to educate youth in the meaningful cultural witness of their faith.

He was ordained Auxiliary Bishop of Madrid on May 11th of 1985. As Auxiliary Bishop, he worked pastorally with youth and university students as well as in the Center of Theological Studies “San Damaso.” On March 15th, 1996 he was named Bishop of Cordoba by the Holy Father and inaugurated his ministry on May 18th, 1996. On March 15th, 2003 he was named Archbishop of Granada and inaugurated his ministry in Granada on June 1st of the same year.

Upon arriving to Granada, Don Javier has created the following initiatives: the International Center for the Study of the Christian Orient (ICSCO), the Theological Institute “Lumen Gentium”, the Philosophical Institute “Edith Stein”, the Editorial “Nuevo Inicio” that publishes works on Christian thought, as well as the Cultural Center “Nuevo Inicio” that serves to build a greater consciousness of what a Christian Culture means and seeks to illuminate life and the contemporary culture from the faith. 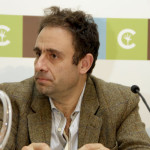 Dr. Pablo Martínez de Anguita, Engineer of Forestry Sciences, works for the conservation of the environment and the rural development of poor countries. Currently he is a professor at the Rey Juan Carlos University in Madrid. He was also professor at the schools of forestry and geographic sciences at Yale and Oxford. He is the director of LandsCare, a spinoff of his university that consists of an environmental social network that includes global payment for environmental and ecosystem services based on the beauty of the landscape. He is the author of more than 20 scientific articles and 12 books including Environmental Solidarity: How Religions Can Sustain Sustainability

. He is married to Maria Angeles Martin. 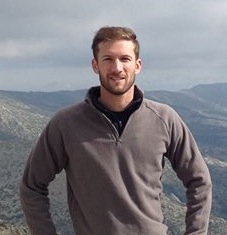 Michael earned his PhD in 2019 with the thesis “Metaphysics of Gift: Reconceiving the Foundations of Bioethics.” He also holds degrees in Biology and Environmental Studies (Bowdoin College, USA), Bioethics (Rey Juan Carlos University, Madrid), and Philosophy (Pontifical Gregorian University, Rome; Pontifical University of John Paul II, Krakow). He writes on bioethics, environmental ethics, transhumanism, solidarity, economics, integral ecology, theology of the body, Dante, and Thomistic metaphysics. His interests have always been centered on the illumination of the beauty and wonder of Creation as expressed through ecology, anthropology, ethics, and metaphysics, specifically the participatory “metaphysics of gift.” He has published two books on integral ecology: Towards an Integral Ecological Ethic: The Renewal of Metaphysics in the Thought of Stratford Caldecott

(2017), and The Foundations of Nature: Metaphysics of Gift for an Integral Ecological Ethic (Cascade, 2020). He will begin a new position as Visiting Fellow at the Thomas More College of Liberal Arts (USA) in the Fall of 2021. Dr. Aaron Riches teaches theology at Benedictine College in Atkinson, Kansas. Previously, he was a joint faculty member of the Institute of Philosophy “Edith Stein” and the Theology Institute “Lumen Gentium”, and is a tutor in the Systematic and Philosophical Theology distance learning MA at the University of Nottingham (UK). Dr. Riches completed his PhD under the direction of Professor John Milbank at the University of Nottingham, following a Masters degree in Religious Studies from the University of Virginia. Prior to his theology studies he received a Masters degree in English literature and literary criticism from York University (Canada), after studying English literature and Russian studies in Canada both at York and at the University of Guelph. Dr. Riches has published widely in peer review journals including the International Journal of Systematic Theology, Nova et Vetera, Modern Theology, Communio, Pro Ecclesia and Telos. His first book is titled Ecce Homo: On the Divine Unity of Christ. He lives in Kansas with his wife and five children.

Fr. Ildefonso Fernández-Fígares is a diocesan priest of the Archdioceses of Granada. He finished his basic formation at the Major Seminary “San Cecilio” in the Archdioceses of Granada and at Mount Saint Mary’s seminary in the Archdioceses of Baltimore. He finished his studies at the John Paul II Pontifical Institute for Marriage and the Family in Washington DC where he received his licentiate in Sacred Theology (S.T.L.) in 2011 and his doctorate in Sacred Theology (S.T.D.) in 2014. The theme of his licentiate thesis was “Public Reason” and the Memory of God in Modern Secular Culture and the theme of his doctoral thesis was Humanizing Economic Logic: A Reading of Wendell Berry in light of Caritas in Veritate. Currently he is a professor of Moral Theology and Theological Anthropology for the Theological Institute “Lumen Gentium” of the Archdioceses of Granada. He is also the Vice-Rector of the Mayor Seminary “San Cecilio” and chaplain of the Center of Superior Studies “La Inmaculada”.

Dr. Maria Angeles Martin is currently a professor of Evaluation of Environmental Impact at the Rey Juan Carlos University in Madrid. She is also the coordinator for the Environmental Ethics course of the Master’s Degree in Bioethics at the same university. She received her doctorate in Biological Sciences from the Polytechnic University of Madrid and her Master’s of Environmental Management from the School of Forestry at the University of Yale. She has also been a visiting investigator at the Universities of Chile, Syracuse and Harvard. Her principle field of investigation is ecological planning and in the last few years has worked in environmental governance and the resolution of environmental conflicts.

Mary Taylor, Ph.D, holds degrees in philosophy, theology and literature, including one from the Yale Divinity School. She is a consulting editor and author for Communio: International Catholic Review specializing in the theme of creation. She has also published in Second Spring, ABC (Australian) Religion and Ethics online journal, and Humanum, among others. She is the author of the chapter on ecology in the volume dedicated to Stratford Caldecott, The Beauty of God’s House

. She has taught theology, literature, ethics, logic and apologetics for many years at the parish and diocesan level, at various colleges and universities, and for a variety of Catholic organizations and apostolates. She has lectured at a number of international meetings, including the Dialogue on Human Rights at Yale University, World Youth Day in Madrid, at the conference on the Millennium Development Goals at the United Nations, in Oxford and Krakow, and at the 2015 conference on Laudato Si’ organized by the United States Council of Catholic Bishops and the Pontifical Council of Justice and Peace.  She is married to Michael, with whom she has created the NGO “Pax in Terra” to promote the dignity of the human person through the development of sustainable communities.

Michael B. Taylor is president of Vita Nuova, a business dedicated to the redevelopment of neighborhoods in the USA. He was a graduate Rockefeller fellow at Yale University, where he studied Environmental Science, Public Policy and Ethics. He graduated Cum Laude in Urban Planning and Economics from Roanoke College and is a certified planner with the American Planning Association. He regularly serves as project director, facilitator and key strategist working with stakeholders to develop projects in a sustainable manner across the country. He has trained more than 3000 state and federal regulators in redeveloping contaminated property on behalf of the United States Environmental Protection Agency (EPA). He has pioneered industry standards and scoring systems for promoting sustainability, including the ASTM Standard for Sustainable Brownfields Redevelopment, LEED® for Neighborhood Development and the LAND Code. He was a member of the National Environmental Justice Advisory Council and has consulted with the United States Conference of Catholic Bishops (USCCB) on the implementation of Laudato Si´.  Mr. Taylor provides guidance to the EPA and to Fortune 50 companies on issues related to reuse of surplus industrial land, Superfund, environmental justice, and sustainable redevelopment of affected sites. He has also published in Humanum. Married to Mary, he is the Director of the NGO Pax in Terra. 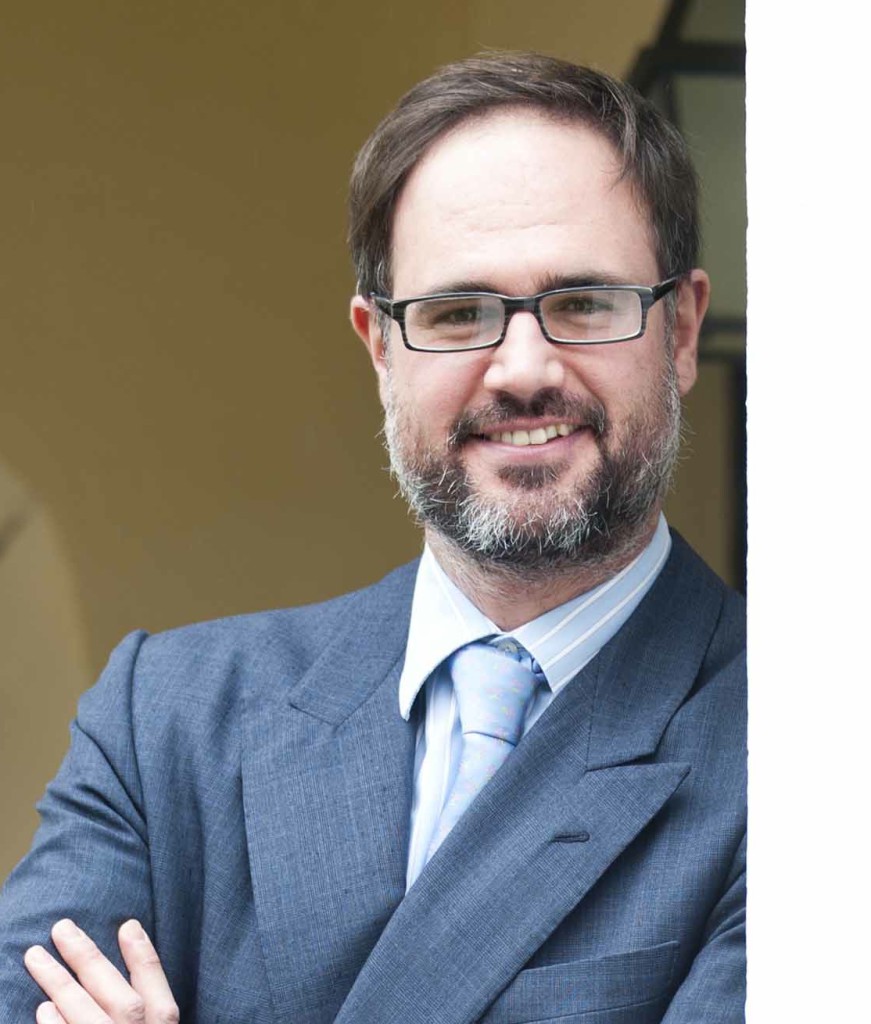 Javier de Cendra is Dean of the IE Law School. He is also honorary senior research fellow at University College London (Faculty of Laws and Energy Institute), visiting professor at KU Leuven, legal expert at the Malta Forum on Legal Issues of Adaptation to Climate Change, and member of the international advisory board of CEID Colombia. He is also a member of the Scientific Committee of the Fondazione Scienza e Fede (Science and Faith Foundation), part of the Pontifical Council for Culture founded by Pope Benedict XVI.

Sr. Damien Marie Savino, received her undergraduate degree in Biogeography from McGill University in Montreal. Later she would receive a Master of Science degree in Soils at University of Connecticut and an M.S. in Theology at The Catholic University of America. Finally she would receive her Ph.D., also from the Catholic University of America, in Civil (Environmental) Engineering. She works in ecological restoration, the connection between natural and human ecology, and the relationship between faith and science. She is the Dean of Science and Sustainability and an Associate Professor of Engineering at Aquinas College in Grand Rapids, Michigan. She has also collaborated with Salt and Light Television on a Catholic documentary on creation. She is a member of the Franciscan Sisters of the Eucharist. 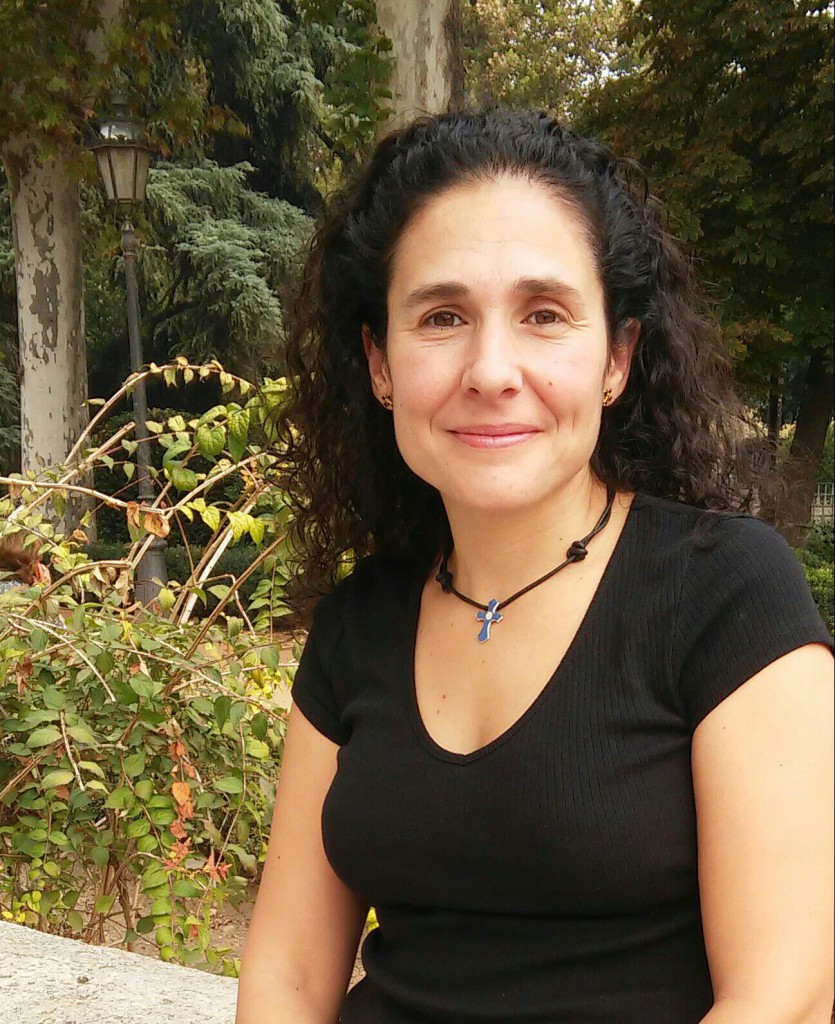 Rut has a license in Biology from the University of Granada and a Master’s degree in Environmental and Water Management. She has served as an investigator in several national and international projects for the improvement of soil use in the cultivation of olives for the Andalusian Institute of Agrarian and Fisheries Formation and the “Institut de l’Olivier en Sfax”, Tunisia. She has worked as a Technician of Public Use in diverse Protected Natural Areas of Andalusia building interpretive trails. She has served in the formation of adults in themes of agriculture and has designed and installed green spaces in many degraded areas.